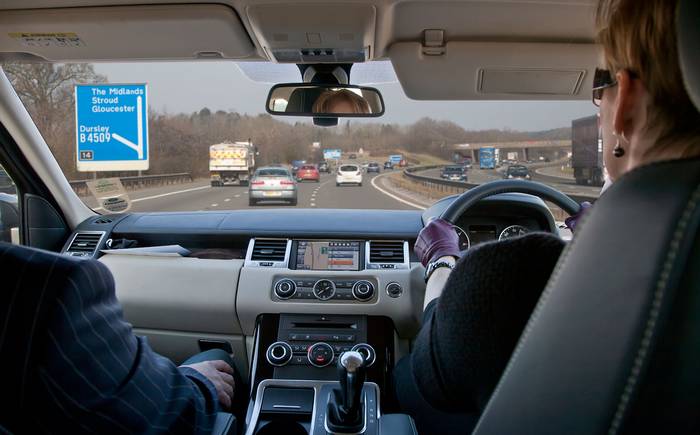 IF YOU’VE ever been stuck behind a dawdler in the middle lane of a motorway or been intimidated by an aggressive driver almost exchanging paintwork with your rear bumper, you may be a big fan of new powers given to the police to collar careless drivers.

Practices including tailgating, lane-hogging, cutting up other drivers or using a hand-held mobile phone now attract on-the-spot fines and penalty points. Previously, police could only deal with such misdemeanours by issuing a court summons and submitting their case to the courts.

The argument for the new powers is that they will save time and money, as well as reduce the more obvious examples of  “careless driving”.

When it comes to motorway driving, however, motorists do not receive compulsory practical training, and so gaps in knowledge are common.

In fact, until they’ve passed their practical test, drivers in the UK are not allowed to venture onto a motorway at all (although this law is currently under review). It’s only when you have a full licence that advanced tuition, including motorway driving lessons, can be arranged with a qualified instructor.

More often than not, it’s advice from friends and family that constitute a driver’s education in motorway etiquette

Should you choose not to have post-test, motorway tuition – and that’s perfectly legal – there’s the Highway Code to turn to for the dos and don’ts of motorway driving.

However, more often than not, it’s advice from friends and family that constitute a driver’s education in motorway etiquette.

Questions such as, “Should I indicate when going back into an inside lane?” and even, “What are the three lanes for?” are all too often settled by pals, rather than by the official rulebook.

An example of how this approach is failing drivers came in a recent study by the AA that showed that 9% of 18-24 year-old drivers thought lane one was the “lorry lane”, while 5% thought it was the “acceleration/ deceleration lane”.

So here is our guide to driving on the motorway. Young drivers may find it indispensable, while experienced motorists may just learn something.

How to join the motorway

You normally join a motorway via a slip road. Accelerate along it to a speed that matches the traffic on the motorway, since this will make it easier to slot into the flow. Slowing down because you’re nervous won’t help; in fact, it will make it harder.

Be sure to give way to traffic already on the motorway. Check your mirrors and look over your right shoulder, then indicate when you have identified a gap. Join only at the point where the dotted white lines start. Do not cross any solid white lines.

Join the motorway’s left-hand lane and stay there until it is safe to overtake slower traffic. Sometimes the slip road becomes the left-hand lane of a motorway, so simply stay in that lane.

The Highway Code is very clear on this. It says: “You should always drive in the left-hand lane when the road ahead is clear.”

To the 9% of young drivers identified in the AA survey: the left-hand lane is definitely not only for lorries, and it is not an acceleration/ deceleration lane.

The middle and right-hand lanes, then, are for overtaking. There’s more advice on overtaking below, but once you have completed your manoeuvre and it is safe to do so, move back into the left-hand lane. As mentioned above, the police can now pull you over for hogging the middle lane, and it’ll cost you a fine and points on your licence.

Sometimes motorways add a fourth lane. This confuses many but the rule still stands – keep left, unless you’re overtaking.

If you have a trailer or an HGV, be warned: you’re not allowed to use the right-hand lane.

Did we mention that you must keep left?

You should only overtake on the right of other cars, unless you’re crawling in a traffic jam. Before you do so, check your mirrors and make sure it is safe to pull out. Look over your right shoulder and check your blind spot. Many drivers don’t do this but it’s vital if you want to avoid hitting a hidden car or motorcycle.

When you’re sure it’s clear, indicate your intention to pull out before doing so. Don’t sit there signalling if you are being overtaken yourself – that’s likely to worry the car or cars to your right. Remember, it’s mirror first, then signal, then manoeuvre, so wait until there is a safe gap before indicating your intention or beginning the lane change.

Cancel the indicator when you have completed the manoeuvre.

Once you’ve overtaken and built up a safe distance from the car in the left-hand lane, check your mirrors and left-hand blind spot, and when it is safe, indicate before moving back into the lane. You should always indicate when changing lanes, unless there is no traffic within sight – there’s little point signalling to nobody.

Keep to the speed limit

If we’re honest, many travel at around 77-80mph on the motorway. Some even go to 90mph or beyond. But anyone travelling over the 70mph speed limit is breaking the law. The Highway Code says the speed limit is the “absolute maximum” speed at which you can travel, and that you must not exceed it. If conditions are bad, such as in rain, snow or fog, then you should drive at a slower, safe speed.

Also, look out for warning signals that dictate a mandatory, permanent or temporary speed limit that may be enforced due to traffic conditions ahead. And be aware the maximum speed limit is not 70mph for everyone – it’s 60mph for those towing a caravan or trailer and for vehicles over 7.5 tonnes.

Nobody wants to stuff their car into the back of another but still motorists drive too close to one another. Should the car in front need to brake suddenly, the tailgater will get an answer to that eternal question, “Do my airbags actually work?”

The Highway Code’s advice is to always to keep a safe distance from the vehicle in front, and to increase the gap on wet or icy roads, or in fog. That means allowing yourself enough space to pull up safely if the car ahead suddenly slows down or stops. This equates to at least two seconds in normal conditions, and double that on wet roads. When it’s icy, leave even more room between cars.

Signage on a motorway warns of dangers ahead such as fog, spillages or road works. If the signal is on the central reservation, it applies to all lanes, whereas signals on gantries can apply to individual lanes.

Amber flashing lights on signs warn of a hazard ahead and may show a temporary speed limit. Adjust your speed and look out for danger until you pass a signal that doesn’t have flashing lights, or you see the “All clear” sign.

If you see red flashing lights on an overhead gantry and a red “X”, it is illegal to go beyond the sign in that lane. Spot this on a sign in the central reservation and it applies to all lanes.

A white diagonal arrow overhead indicates that you should change lanes in the direction shown.

When to use the hard shoulder

It’s illegal to use the hard shoulder except in an emergency such as a vehicle breakdown, or if you are directed to by signage, uniformed traffic officers or the police.

If the police want to stop your vehicle, they will flash their blue lights, headlights or sound their horn or siren, usually from behind, and direct you to pull over. It is illegal not to pull over, so do so as soon as it is safe. Then switch off your engine.

If you break down and have to stop in the hard shoulder, don’t wait in the car – the hard shoulder is a dangerous place and you could be clipped or rear-ended by another vehicle, including heavy goods vehicles. Instead, get out and wait on the other side of the safety barrier. Don’t try and set up a warning triangle; get to an area of safety as soon as possible.

During some traffic management situations, the hard shoulder can be turned into a running lane but this will be obvious because there will be a speed limit sign above all open lanes, including the hard shoulder.

You may use your car’s hazard lights on a motorway but only when you need to warn drivers behind of an obstruction ahead.

Most of the time you’ll exit the motorway via a slip road. Watch for signs saying you’re approaching your exit, and make sure you’re in the left-hand lane well in advance of the junction. Signal left in good time and reduce your speed as necessary once you are on the slip-road.

Be careful – after travelling at 70mph, 50mph seems much slower but it’s still quick. Check the speedometer to make sure you’re travelling at a safe speed and look out for sharp bends on the slip road; they’re quite frequent, especially on link roads.

There are a number of other rules, and the law/guidance changes over time. For the full set of current regulations, visit the Highways Code section on the Gov.uk website.